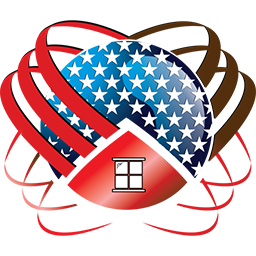 Former UHA Client
"When I met Tony, I gave the documentation to him, and he just handled everything and communicated with them."

I had some difficulties with my bank before. They kept increasing fees, mortgage going up, and a lot of things going on. When I communicated with them, they said you have to send us paperwork.

It was kind of messy to deal with them on my side without representation. It just took months, like that, back and forth, which is very frustrating. When I met Tony, I gave the documentation to him, and he just handled everything and communicated with them. And I think they have more respect that way, when you have somebody actually standing for you, rather than a customer when they juts don’t pay too much attention or just don’t answer. It was just amazing because he actually handled everything, communicating with them, which is a big thing for me.

He said, tell them to talk to me. It was just a big relief for me.

I almost went to foreclosure. If I didn’t pay a few months and then I want to modify that amount of money, and they just didn’t let me. No matter what, something is missing. I said, I just sent it to you. It was crazy… but with Tony, they’re more respectful. There’s a company that stands behind the borrower. A knowledgeable company. They’re not going to be doing that kind of thing. They’re going to work more seriously on modifying.

Thank you, United Homes of America.

Homeowner
"He's just an honest, honest person to work with. And without Mr. Rivas and Ms. Reyes, I probably would've lost my home. And I'm thankful for all that they've done and the time that they've spent."

I could say I’ve lost anywhere between $30,000 - $50,000 trying to get a modification. I was on the brink of possibly losing my home. And then I continued to pay my mortgage, but it wasn’t getting any better for me. And then I said no, I can’t afford to lose my home.

I was directed to Mr. Rivas by my attorney, who said I have someone who might be able to support you and help you.

We spent an entire morning, we outlined everything that I needed to do in order to try to get a modification. He’s very calm about working with you. He’s very upfront with you. He takes a lot of time to work with you. He will sit and go through the numbers over and over until it works out…

All the way through this process, Mr. Rivas and Ms. Reyes has really helped me tremendously.

Thank you, United Homes of America.

Homeowner
"Tony helped me with the process. It was a lengthy process, but he helped me out a lot. I'm very thankful for Tony doing that."

"With his help, most of the stuff went to him, and he just talked to me about whatever I had to do. I just did whatever he asked of me... it was pretty easy steps that he gave me.

Thank you, United Homes of America."

Homeowner
"Mr Tony, owner of United Homes of America - he helped us a lot, and he saved our house."

When I met Mr. Tony and told him my problem, he was sad. He looked like he was my family member.

Mr Tony and Tony's company, they've done a very good job. Right now we are happy in our house, our modification is low.

Tony and Tony's staff, they are working with us like family members. Thank you very much Tony.

UHA is committed to helping 10,000 homeowners. Whether it's avoiding bankruptcy or a foreclose on a home, UHA can help you with the home forbearance, loss mitigation, and mortgage help.

Contact Us Today for a free consultation.
Get Started Today
Let us provide financial assistance, honest resources, late payment guidance, repayment plans, and personalized solutions for you. Call 1-800-281-3UHA (3842) or email us at help@uhusa.org. Available from 8:00am – 5:00pm.

We’ll guide you through the various options to provide you with the best outcome for your situation.